Native son Pat Bennett has genuinely always known exactly where he belongs: fishing and diving whichever body of saltwater he could find. It’s a passion that first manifested while watching locals fish for snook from bridges and passes around Clearwater when he was a kid. From that moment on, Capt. Bennett knew that time spent fishing was time well spent, and that he needed to find a way to mold his life around it.

Capt. Bennett grew up in a family with history in commercial fisheries, so the idea of chasing fish was never foreign to him. When you’re a young teenager though, you don’t always have the time or resources to spend all day on the water. Being homeschooled, however, allows a young man a schedule which can be more flexible than most; so long as he completed all of his assigned work, he could fish. Every chance was capitalized upon: from working at tackle shops in exchange for new gear and knowledge, to catching bait for upcoming commercial grouper trips, Capt. Bennett ground whatever grist the mill required to fuel his desire to surround himself with opportunities to get on the water. 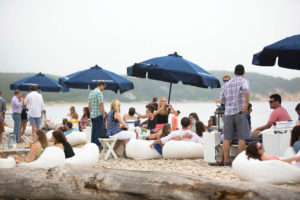 Graduating at 16 years old, Capt. Bennett set out to learn all he could about marine science and how it related to the waters off west-central Florida. He took collegiate-level marine biology and oceanography, but never felt as if he was truly learning what he wanted to know. He soon discovered that it was through the application of what he was learning from textbooks – actually being on or under the water and seeing things for himself – that he began to expand his knowledge. Using just a 14-foot skiff with an 18 horsepower Evinrude, Capt. Bennett explored the waters from Mullet Key Channel north to Anclote Key, being towed to and fro by his *extremely* supportive mother in her Volkswagen Beetle (picture that setup in your head, traveling down US-19). He eventually started piecing together publicly available bathymetry data, overlaying that with navigational charts, and diving interesting sites to see what was really under the surface. Capt. Pat Bennett: self-styled explorer and pioneer, plying the waters in his skiff.

Well, as we all know, boys grow into men, who tend to just be boys with bigger responsibilities and more expensive toys. Capt. Bennett knew he needed to find a way to create an income stream which would help support his passion for fishing. Inspiration came well away from the water, after suffering a severe neck injury resulting from an accident on an ATV. That neck injury was constantly aggravated whenever the seas were choppy, sometimes resulting in his neck being completely locked up. Capt. Bennett began experimenting with ways to 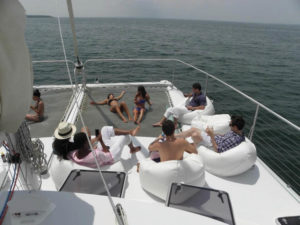 buffer his body from the jarring and slamming it was enduring on offshore excursions, and a bean bag seemed like a viable solution. He bought two: one for under his hips, and one for his neck. It was comfortable, but had room for improvement. He soon added third for under his feet, and then stuffed all three into a barbecue grill cover with a drawstring. Needless to say, those he fished with were perplexed by the contraption, yet had to admit that he looked quite comfy on long rides. 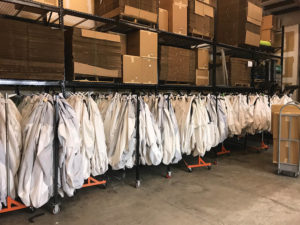 That first prototype bean bag turned into Capt. Bennett’s first legitimate model with thick, pliable marine vinyl covering closedcell foam beads. Though skeptics were abound, he started receiving requests from other fishermen to make them one as well. Soon after, E-SeaRider was born. Initially, boat manufacturers and fishing show attendees couldn’t understand why someone would want to carry something as large as a marine bean bag, which can’t be compressed and stuffed into some cubby hole. “Why not just sit on a boat seat?” “Where do you put it when you aren’t using it?” “Won’t it just be in the way most of the time?” These were just a few of the questions Capt. Bennett fielded at shows like Frank Sargeant’s Reel Animals Boat Show and Fishing Expo. Captains Sargeant and Bill Miller struck up a conversation with Capt. Bennett, and were impressed by how much the young entrepreneur knew about fishing, and about the bean bags he was selling. Once Capt. Sargeant published an article on the new E-SeaRider marine bean bags he’d discovered, Capt. Bennett’s phone began ringing and never stopped.

Capt. Bennett knew that in order to really get people to bite on E-SeaRider, he 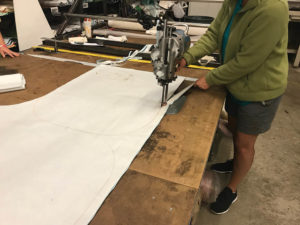 would need grassroots support from the fishing community. He had seen numerous other gimmicks in marine tackle and gear come and go, and most tended to only last for a few months to a year. To make things more difficult, most of the popular boat builders weren’t interested in teaming up with a guy selling a replacement for several-thousand-dollar seating upgrades. Undeterred, Capt. Bennett kept pounding the pavement, selling one fisherman after another on his built-to-last bean bags. All it usually took was a brief sit in one of the bags, a short conversation about the no-fault lifetime warranty, and the customer usually bought the very bag in which they had just been sitting.

As the craze for this unorthodox solution to the boat seating problem began to pick up steam, investors came knocking. Capt. Bennett knew that his product was a hit for key reasons – the bean bags are built to last; he placed customer service above all else; E-SeaRider bean bags have only ever been made in Florida; and they can come in whatever color combination you want. He knew that if he sold even a portion of his company to someone else, that he may lose control over the very things which were fueling the grassroots support he had worked so hard to build. To this day, E-SeaRider remains 100% owned by Capt. Bennett.

The final holdouts to come back to the E-SeaRider table were the boat builders who had shown no interest in the early days. Understanding that Capt. Bennett’s marine bean bags created a sort of “flex space” on boats had growing appeal amongst new customers, and as the saying goes: “Give the customer what they want.” Today, E-SeaRider can print anything onto any model bean bag, including manufacturer names, boat names, company logos, and more.

E-SeaRider carries four models of marine bean bags; round, wedge, teardrop, and armchair; which all come in small, medium, large, or extra-large. Bean bags feature many different color options, doublestitched seams, heavy duty marine-grade UV-resistant vinyl, and childproof zippers. Most importantly for those who abuse gear on the water, every E-SeaRider bean bag is backed by a no-fault lifetime warranty.

For more information, visit www.esearider.com, and check them out on Instagram at @esearider. And for those who may care to know, I wrote this entire article while sitting in my E-SeaRider.

Written By
Flocal
More from Flocal
FLocal had the opportunity to sit down with Tampa Police Sergeant and...
Read More