In 2003, the Sports Facilities Advisory (SFA) started as many new businesses do – with an innovative idea and a napkin vision statement at a kitchen table. Founder Dev Pathik quickly realized that the vision for SFA to become the preeminent resource in the community youth and amateur sports marketplace was simply too big to be accomplished by Pathik himself. He needed partners and thus, Pathik (of Belleair Beach) began building a dream-team of partners: Jason Clement (Palm Harbor), a sports facility architect and large real estate asset manager; Eric Sullivan (Indian Rocks Beach), a former professional soccer player with an MBA; and Evan Eleff (Lutz), former Program Director in the YMCA of Tampa Bay. Including Pathik, the four have led the growth of SFA into the most well-recognized resource for government and private clients seeking to open new sport and recreation centers. Today, the partners oversee a team of more than 200 employees nationwide and have directed the planning, funding, and operations of community sports centers that impact millions of lives every year.

Having officially established SFA’s role as planning advisors, the partners moved into management services to assist clients in fulfilling the planning visions produced by SFA. With Jason Clement serving as CEO, Sports Facilities Management (SFM) was launched in 2013. As the planning, market research, and funding support firm, SFA is engaged to evaluate market opportunities, produce market research, and create financing documents necessary to turn concepts into reality. Concurrently, SFM oversees the opening and operations of facilities and advises existing operations. Both businesses are headquartered in downtown Clearwater with satellite operations across the country. Together, the firms have overseen a portfolio of community-based sports complexes totaling more than $8 billion in developments. The four Tampa Bay based entrepreneurs say the key to their success lies in the deep commitment to their mission: to improve the health and economic vitality of the communities they serve.

“We have succeeded because we care deeply about the impact that sport and recreation centers have in the communities we serve”, says Pathik. “The health and economic outcomes produced by these venues are measurable. In our tournament-style facilities, we drive hundreds of thousands of hotel room nights into destinations.”

Both SFA and SFM serve government and private developer clients in the planning, funding, development and management of youth sports, recreation, and events complexes. Pathik shared that he created the company concept and original plans at his kitchen table before knowing if clients would respond. Well, they have! Today, dozens of new clients contact SFA and SFM every week asking for assistance in developing or operating a new facility. Conducting over 100 planning projects each year, SFA is serving clients in cities small and large all across the U.S. as well as internationally in countries like the Bahamas, Thailand, St. Croix, Canada, and the Kingdom of Saudi Arabia, to name a few. Their work has had an impact locally as well. The team at SFA, using industry-leading research, supported the development of the BMX park in Oldsmar, FL which brings thousands of competitors from across the world to compete in events like the Gator Nationals. Both SFA and SFM also have had a hand in another Tampa Bay favorite – Empower Adventures, the zip line and aerial adventure course perched atop Tampa Bay, also located in Oldsmar.

“We’re really blessed to be able to do this work for the communities we serve”, says, Clement. “It’s a privilege to provide safe, healthy activities for kids and families as well as drive economic development through tourism. It’s lifechanging for communities to be able to bring one of these projects to fruition and operate it sustainably.”

The impact and success of these sister companies has not gone unnoticed. In 2018, the Clearwater Chamber of Commerce named the SFA the 2018 Large Business of the Year. And that’s not all: the staff and the work of SFA & SFM have won awards in everything from advertising (2018 Addy Gold), to Reader’s Choice Top Sports Destinations (Sports Events Magazine), to professional recognition (Sports Business’s People on the Move, Connect Sports’ Top Women in Sports Tourism). Additionally, Pathik is widely regarded as the industry expert in the youth and amateur sports spaces. In 2017 alone, Pathik was featured on HBO’s Real Sports with Bryant Gumbel, numerous Forbes articles, and the TODAY show.

Though the companies continue to find success, the focus never strays far from their mission. “There are still kids getting left behind.” Says Pathik, “Not everyone can afford to play travel sports or use their expendable income on club fees. Creating access to sport for all kids and families is critical to fulfilling our mission. We have to find ways to create space for those who simply cannot afford it.” In an effort to create change, SFA and SFM have joined forces with companies like Target, Dick’s Sporting Goods, Nike, the MLB, the NBA, and many more via the Aspen Institute’s Project Play 2020 initiative. These elite companies have rallied around several key shared goals, the culmination of which is creating access to sport for all children, regardless of zip code or ability. “This represents our commitment to the future, to kids, and to communities.” Says Pathik, “It’s more than business, it’s changing the outcome of children’s lives through sport.” 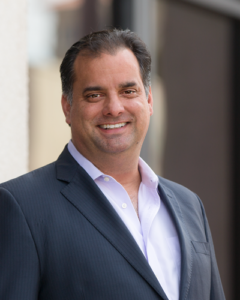 Led by Belleair Beach resident Dev Pathik and his Tampa Bay based partners, the Sports Facilities Advisory is named Clearwater Chamber of Commerce 2018 Large Business of the Year.

Written By
Flocal
More from Flocal
The Outback Bowl, presented by Outback Steakhouse and hosted at Raymond James...
Read More