Raymond James is a name that refuses to go unnoticed in the Tampa Bay Area. Since 1962, Raymond James has strived to be a leader in its community, changing and bettering the lives of both its clients and advisors. One most recent, is that of Doug Brigman, a ten-year Raymond James veteran, who has taken on a new role at the Fortune 500 company. A Florida native, Doug Brigman grew up and attended high school in Orlando, earning his International Baccalaureate before beginning his college career. Brigman spent his undergrad years at the University of Florida, followed by his MBA from the University of Virginia. Brigman was working in insurance in Ohio when he received the call that would bring him to Tampa Bay; he began his career with Raymond James in 2008.Brigman has worn many hats since his start with the Florida-born company, serving as Vice President and Director of the Raymond James Cash and Lending Solutions Group; Vice President and Director of the Private Client Group (PCG) Planning and Strategy, and most recently serving as head of Fiduciary Services, coordinating the firm’s response and compliance with the Department of Labor. Today, you can find Brigman in his new role as Tampa Complex Branch Manager, a role responsible for overseeing and growing branches while working closely with a network of more than 100 financial advisors from Raymond Jamesʼ 13 offices in St. Petersburg, Clearwater and Tampa. “In positioning our area for further long-term growth, we recognized a unique incremental opportunity to unite the branches as a complex. Having led a variety of strategic initiatives for the firm as a senior leader, Doug is a natural fit for this new leadership role”, said Patrick OʼConnor, Florida Regional Director for Raymond James Associates (RJA ), in a statement. Brigman tells FLocalhis new position is an opportunity to bridge the barrier between the corporate and local aspects of the business, and while Raymond James has always shown allegiance to its roots in the Sunshine State , there was a time when the company was too focused on growing country-wide when there was room to do much more here at home. “With the construction of the Tampa Complex, we are able to work as one collective group. Having advisors and staff all in one spot is incredibly beneficial to supporting local clients and new prospects.” Brigman tells FLocal it is this focus on client support that he believes differentiates Raymond James from its competitors. “It is a Fortune 500 company with a small town culture. There is a story I will never forget. I was speaking to Tom James (son of RJA founder, Robert James), when I was working with the Department of Labor, and I was talking with him about our competition and ways they were highlighting their corporate strategy. He stopped, pointed his finger at me and asked, ʻAre you going to highlight ours?ʼ He [James] said, ‘Supporting our advisors and protect our clients, thatʼs our corporate strategy.’” Brigman says, “This firm was built upon focusing on and serving clients. Don’t focus on how to make the next dollar. Support the neighborhood, give back to our community, support our advisors and protect our clients. Do that, and the rest will follow.” 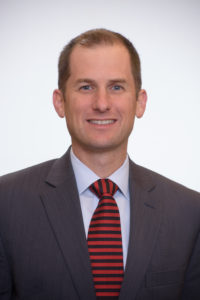 Written By
Flocal
More from Flocal
Six Tips From The Pros At Alessi Bakeries For bustling brides and...
Read More

Work Out at Home in Just 30 Minutes